Call this number and undoubtedly you will be directed to ‘Michael Anthony’ – Chief of Construction at Zest Apartments in Darwin CBD……or something like that.

You may remember him from appearances in an earlier blog ‘Today’s Darwin Award Goes to’ where he shifted another persons car with his forklift? I thought it about time to let you know that he hasn’t grown any extra brain cells….he’s still in town delivering his own version of what is fair and reasonable and endearing himself to the general populace. Which would go down well…….nowhere civilised!

The letter/notice attached below was received in my letterbox some time in the 24 hours prior to the intended ‘concrete pour’ mentioned. The first thing that I noticed was the quality of penmanship, grammar, type setting and professional stationary upon which it was delivered however let’s overlook that as we know he is not running a professional operation.

Apparently the delivery of this message overrides the requirement to conduct works at reasonable hours of the day when perhaps it would be expected that human beings would normally be awake instead of in deep slumber. These works involve cement trucks arriving from 5am in the morning announcing such arrival and subsequent departure with a pull on their horn, motorised cement pumps delivering concrete to the 8th level, high power lights illuminating the site, 25 plus workman scurrying around delivering the concrete and barking orders, a grinder being operated intermittently and something that sounded like a jack hammer being kicked into gear. 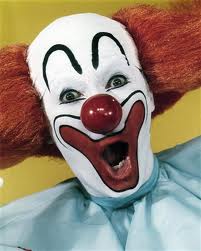 To put you in the picture this building site upon which the works were to proceed is lodged adjacent to 4 residential apartment blocks…..one of these (thankfully not mine) has the windows of their bedrooms no more than 6m from the adjoining fence.

Now I may sound like I am whingeing and perhaps there is a perfectly good reason that he needs to start at 5am however riddle me this….If that were the case and you needed to start so early to finish the job then wouldn’t the finish time be midnight not mid morning? and how come he is the only construction site in the city….and I am surrounded by 3 others….that ever needs to start in the dark? 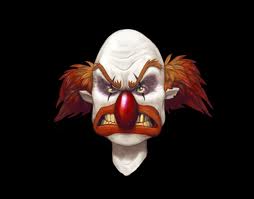 This man is a clown…..anyone down South need one for a kids party? I’ll pay the flight…..ONE WAY!