Allegedly our PM, Julia Gillard and Governor General, Quentin Bryce paid their ‘disrepects’ at the 70th Anniversary of the Bombing of Darwin celebrations in Darwin yesterday.

It is downright un-Australian to talk your way through the minutes silence….unless of course you are a child running rampant because your parents have no idea how to discipline you which seems to be the norm these days however I digress.

So anyway Madame’s Gillard and Bryce disgraced themselves! Now this would have been a new thing for our Governor General however I am sure we will all agree that this is pretty much par for the course when it comes to our Julia.

It’s plastered through every article and/or news bulletin you hear up here in Darwin. It’s big news! However there was something I took from yesterdays service at the Cenotaph (which was AWESOME by the way) and I thought this was even more entertaining.

It caused me to think of a Sean Penn movie……’Dead Man Walking’!

Julia Gizzard and Tony Abbot were given the opportunity to speak. They both recognised the significance of this day in Australia’s history. Julia got a round of applause which was thanks for her sitting down whilst Tony got 2 rounds of applause and an ovation upon completion…..The people are speaking…..Forget your Morgan Gallop polls! 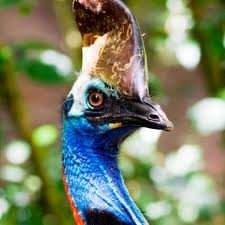 ‘Dead Man Walking’? More like ‘Nasal Cassowary Waddling’ if you ask me! Just fortunate for Ghoulia Gizzard the Magpie Goose season was closed in the NT or she may have lost a few tail feathers.